Indians are famous for throwing ‘big fat weddings’ but there are some affluent families out there who have truly lived up to the title.  In particular, there have been massive industrialists who have crossed the 1000 crore mark. Insane right?!

Although not as big as the Mittal weddings, Hyderabad-based industrialist G.V. Krishna Reddy, also gave his daughter a fairytale wedding. Mallika married Siddharth Reddy, son of the Indu Group, in 2011. It was like nothing Hyderabad city has ever seen, with famous faces of Bollywood, business, fashion and politics attending including Prime Minister Manmohan Singh at the reception in New Delhi.

The special guests received solitaire rings and sarees designed by renowned fashion designers with their wedding invite. Additionally, they got the super talented designers Abu Jai and Sandeep  Khosla to design their mandap which was covered with red velvet and zardosi work.

What’s more is the venue had chandeliers which were decorated with hundreds of real jasmine. 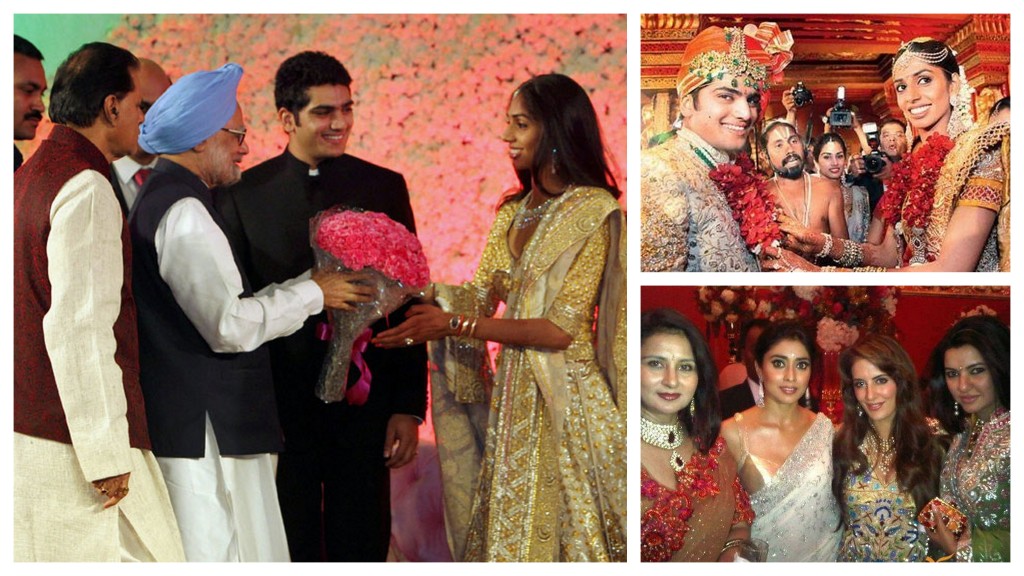 Sahara Owner Subrato Roys’s son and Daughter got married on the same day and the same city : 10th February 2004 , Lucknow. The entire city of Lucknow was lit up and decorated like it was a festival going on. More than 50,000 poor people as well as beggars were severed food in the joy and happiness of Sushanto Roy- Richa Roy & Seemanto Roy-Chandni Toor’s grand Indian wedding.

There were about 11,000 guests that attended the wedding ; they were served more than 110 dishes on the grand wedding day that included Bengali , Italian , Chinese , Lebanese,Korean , American , English,etc. The food and catering for the big event was handled by Chef Hemant Oberoi and his trustworthy team from the Taj Groups of Hotels. Famous Indian choreographer Shamak Davar’s group,Famenco dancers , tap dancers and classical ballet dancers performed and entertained the guest along with live music played by the British Symphony Orchestra. 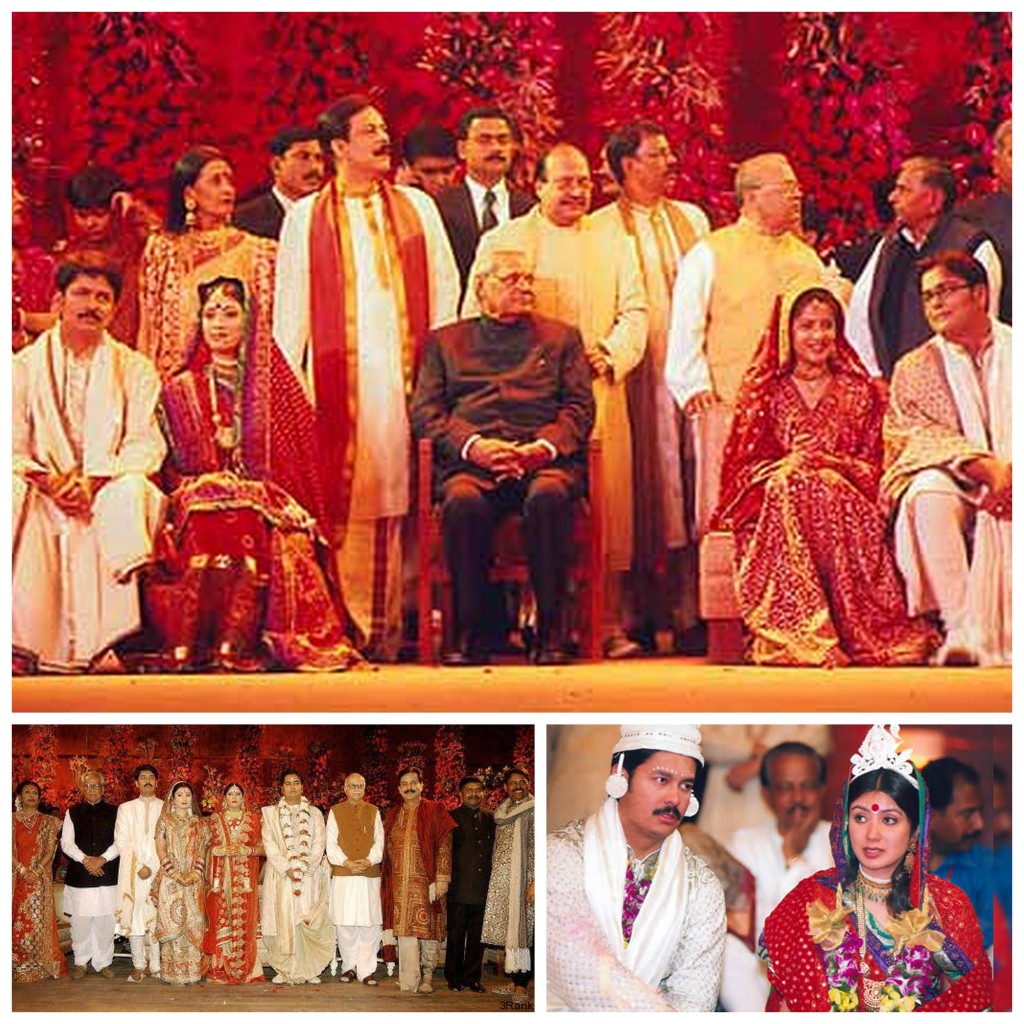 Just when you thought Lakshmi Mittal threw the lushest wedding, the younger Mittal went and gave his daughter an even bigger ,fatter and grand wedding in December 2013.

Shristi Mittal married Gulraj Behl in Barcelona, Spain after a three day wedding ceremony. Helicopters surrounded the venue to take aerial pictures of the special occasion. Water jets and lights danced to ‘Chariots of Fire’ and Michelin star chef, Sergi Arola was in charge of the feasts accompanied by two hundreds chefs from India, Thailand and Spain. Of course they also had a six tiered 60 kg cake and dazzling fireworks to conclude the celebrations. 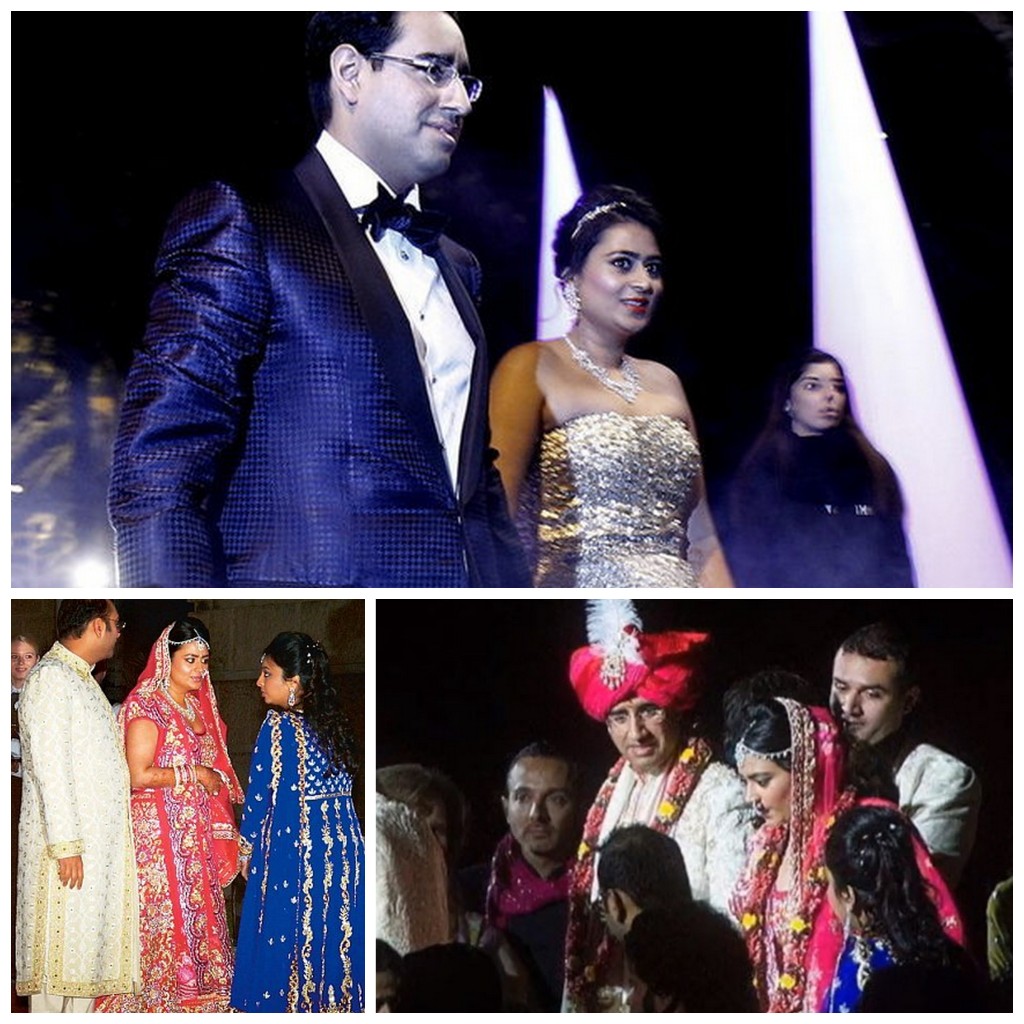 Steel magnate Lakshmi Mittal spent over Rs. 220 crores for his daughter’s wedding to banker, Amit Bhatia in 2004.The engagement was at the Palace of Versailles and the wedding ceremony was held in Chateau Vaux le Victome in France, with the guests and best Indian chefs flown down in private jets.The wedding celebrations went on for 6 days!

Grand fireworks took place on the Eiffel tower for the reception, Kylie Minogue performed as well as B-town stars like Shahrukh Khan, Aishwarya Rai and Akshay Kumar. The lavish celebration also had Javed Akhtar write a special play based on the couple’s love story, performed by the Mittal family. 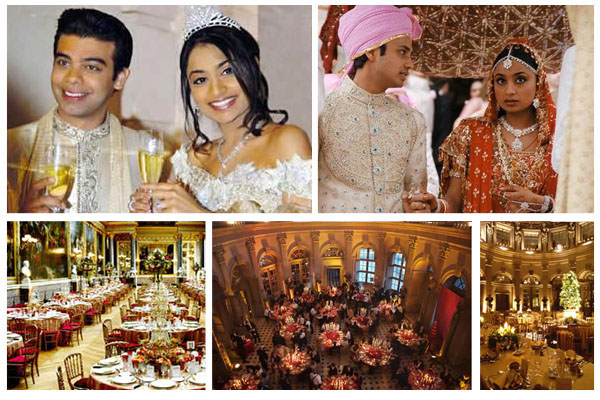