A wedding day is the most special time in one’s life for a commoner and celebrity alike. Everyone loves to celebrate this day with great pomp and show, while of course keeping in mind one’s budget. Some like a low profile intimate ceremony with close pals and relatives while others opt for over-the-top wedding celebrations. Generally celebrities, royals and other important public figures like to have larger-than-life weddings.

Below are some of the most breathtakingly extravagant weddings that cost millions of dollars. 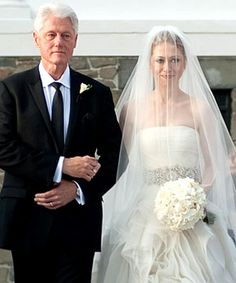 This is one of the noted weddings in history of expensive weddings. The former First daughter of ex-President Bill Clinton married love of her life Marc in 2010. The wedding was worth $5 million. There were around 400 guests who witnessed this grand affair and it included some note-worthy people like Oprah Winfrey and many renowned congressmen. The bride wore a wedding gown worth $25000 designed by none other than celeb’s favorite Vera Wang. The cake cost an impressive $11000 and floral decoration cost a whooping amount $500000. No wonder it is referred to as outlandish weddings of all times. 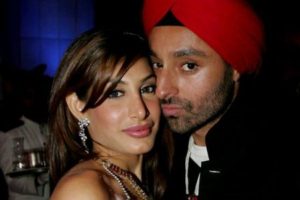 Indians do know how to make a big deal out of a wedding. Weddings in India are celebrated like a festival. The festivities, rituals and celebrations go on for days and it can cost a huge amount. One such fine example of a big fat Indian wedding is that of hotelier Vikram Chatwal with Priya Sachdeva (presently his ex-wife).  The wedding took place in 2006 and was worth an astounding $20 million.  Celebrated over 10 days and in 4 metro cities around India, it was witnessed by nearly 600 guests. Chartered jets were sent to receive guests from all over the world. Do we need to say more?

This Royal couple needs no introduction. The world witnessed the union of this much-in-love duo as their wedding was broadcasted in 118 countries. This wedding cost UK’s Royal family a mammoth $34 million. The cake alone was worth $80000. The Duchess’ bridal dress came out at around $70000 and floral arrangement amounted to $800000. After all it was a one-of-its-kind Royal wedding. Who cares about the cost? 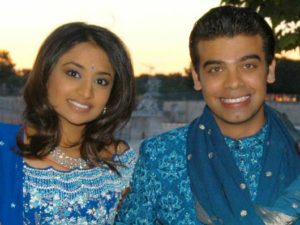 Needless to say, Indians love to go beyond limits when it comes to weddings. The statement holds up in the context of the wedding ceremony of Vanisha Mittal and Amit Bhatia held in 2004. As per the records it was one of most lavish weddings at the time and the venue was a grand 16th-century chateau, Palace of Versailles. Around 1000 guests from across the globe attended the event.  The invites were sent in silver-boxes that carried the wedding card, including a 20-page detail of the entire ceremony. The wedding cost billionaire Laxmi Mittal around $58 million. Celebrities like ex-Miss World Aishwarya Rai and actor- par-excellence Shah Rukh Khan performed at the wedding. However it wasn’t just Bollywood stars, even Hollywood biggies like Kylie Minogue made the ceremony worth remembering with her presence. 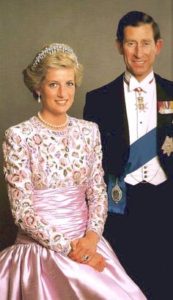 Another insanely expensive wedding from the pages of history was that of Prince Charles and Lady Diana.  It was called the ‘wedding of the century’ back then as this anticipated gala wedding cost a staggering $48 million in the year 1981. As per the estimates, 3500 guests in total witnessed the royal couple say ‘I Do’. Moreover, 2 million people flocked on the streets of London to get the glimpse of the lovely couple as they stood on the balcony of Buckingham Palace. They weren’t alone as reportedly 750 million people worldwide tuned in to watch the royal extravaganza. 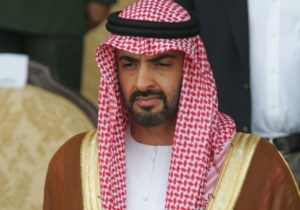 When you are exceedingly rich and you can’t find a suitable venue, why not build a stadium especially for your wedding? Well, this is what the Prince of Abu Dhabi did in 1981 when he sanctioned the building of a 20,000 seat stadium for his wedding festivities to be celebrated with Princess Salama. The wedding ceremony was celebrated over a span of seven days. The wedding expenditure cost this over $100 million. The prince celebrated his happiness by distributing food and other costly gifts throughout the town. As if this wasn’t enough, as per the Arabian tradition he bought 20 camels which were bejeweled just to deliver gifts to his bride-to-be. All you men out there please take a note! 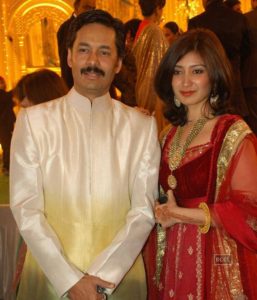 Yet another example of a shockingly expensive Indian wedding is that of Subrata Roy’s sons. This wedding made the world witness the glory of Indian weddings once again. The Sahara owner Subrata Roy spent nearly $ 123 million on the wedding of his two sons Seemanto and Sushanto, on the same day. The wedding took place in the year 2004 in the regal city of Lucknow, India. The entire city received a makeover to match the grandeur of the wedding. Around 11000 guests including politicians, bureaucrats, celebrities and other prominent personalities were present in this once-in-a-lifetime event.

More than 100 delicacies were prepared for the guests. To entertain such bigwigs, special arrangements were made that included the British Symphony Orchestra and ShiamakDavar’s dance troupe. Not just this, the Sahara honcho made sure that his sons got to start their new life with the blessings from the less well off as nearly one and half lakh beggars across the nation were fed to mark the occasion. Now this is what we call a wedding with a difference!

So, there you have it, some of the most obscenely expensive weddings in the world. I’m sure you are feeling sick reading this!